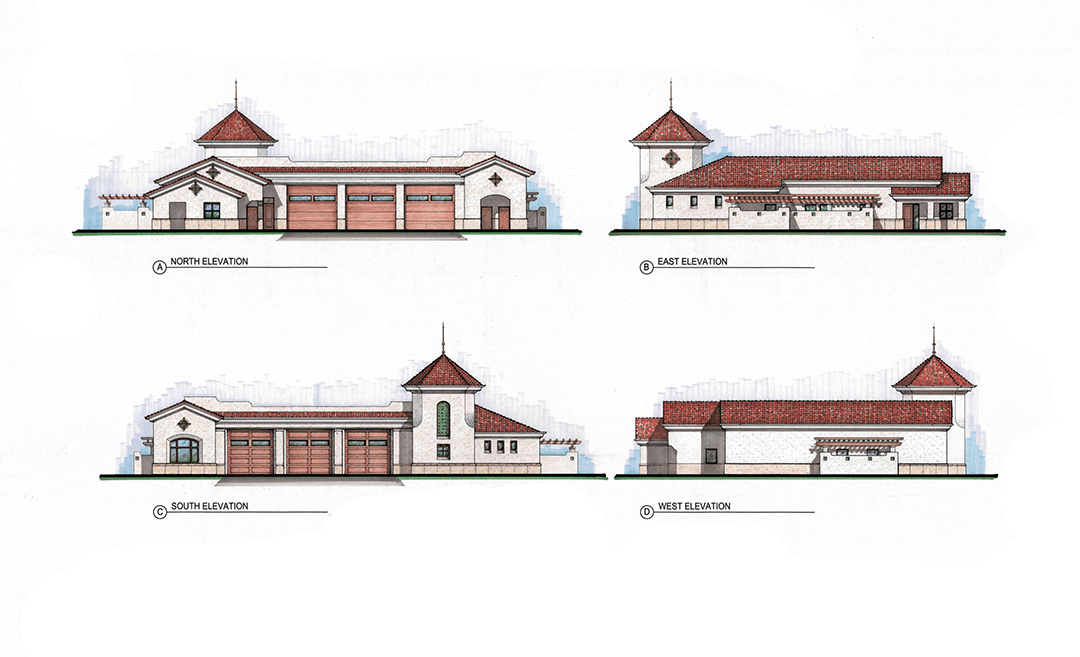 The following article was posted to ClovisRoundup.com on January 29, 2020, by Ron Camacho

About a dozen Loma Vista residents attended the meeting, which began at 6 p.m.

City of Clovis Planning Director Dwight Kroll said the fire station is similar to the others that are already serving Clovis.

“Fire station 6 is very similar in scale to some of the other fire stations that we have. You may have known of fire station one, which is in the downtown area. We have fire station 5 near Temperance and Highway 168,” Kroll said. “It’s about that size facility, it’s a three bay facility. It has bunkrooms for fire service individuals. It has an office. It would be very much like the ones we have already.”

Kroll said the fire station would showcase a Spanish colonial design. There would also be a new communications tower built nearby.

Binaski said the station would serve the neighborhoods east of Locan Avenue and south of Barstow Avenue. He said that is between 20,000 and 25,000 people. Construction on the station is expected to begin in 2021 and wrap up by 2022.

City planners also unveiled concept art for the unnamed Loma Vista Park, which Kroll referred to as the village green. The area is expected to sprawl over six or seven acres.

“The plan for Loma Vista was to have higher density activities and housing occur towards the urban village and the center of it is this thing called the village green. This is about a six to seven acre park site. It’s not your typical suburban park. It’s kind of a celebratory space, it’s made to accommodate outdoor entertainment,” Kroll said, adding that the park would also feature Spanish colonial architecture.

Kroll said the park would have rentable spaces available for occasions such as weddings.

The fire station is slated for construction north of the park area, serving as a backdrop for outdoor park events.

After the presentation, Binaski said he was happy with the community response.

“I think people are always excited to see a new fire station. People like the fire service and they like community building in the park and the pieces that go with it. I think everybody is happy to see improved government services and a fire station is one of them,” Binaski said.

Loma Vista area resident Jim Kuhtz said he was impressed by what he saw at the meeting.

“I think it’s a really good idea because with the amount of homes that are going up, I think they are going to need a fire station,” Kuhtz said, adding that he was especially impressed by the concept art that was shown.

“I think it looks really good and the way it sounds it will blend right in to the park area,” he said.

A planning commission will further discuss the project Feb. 27.

Looking Back at 2019: A Year of Community Engagement and Development