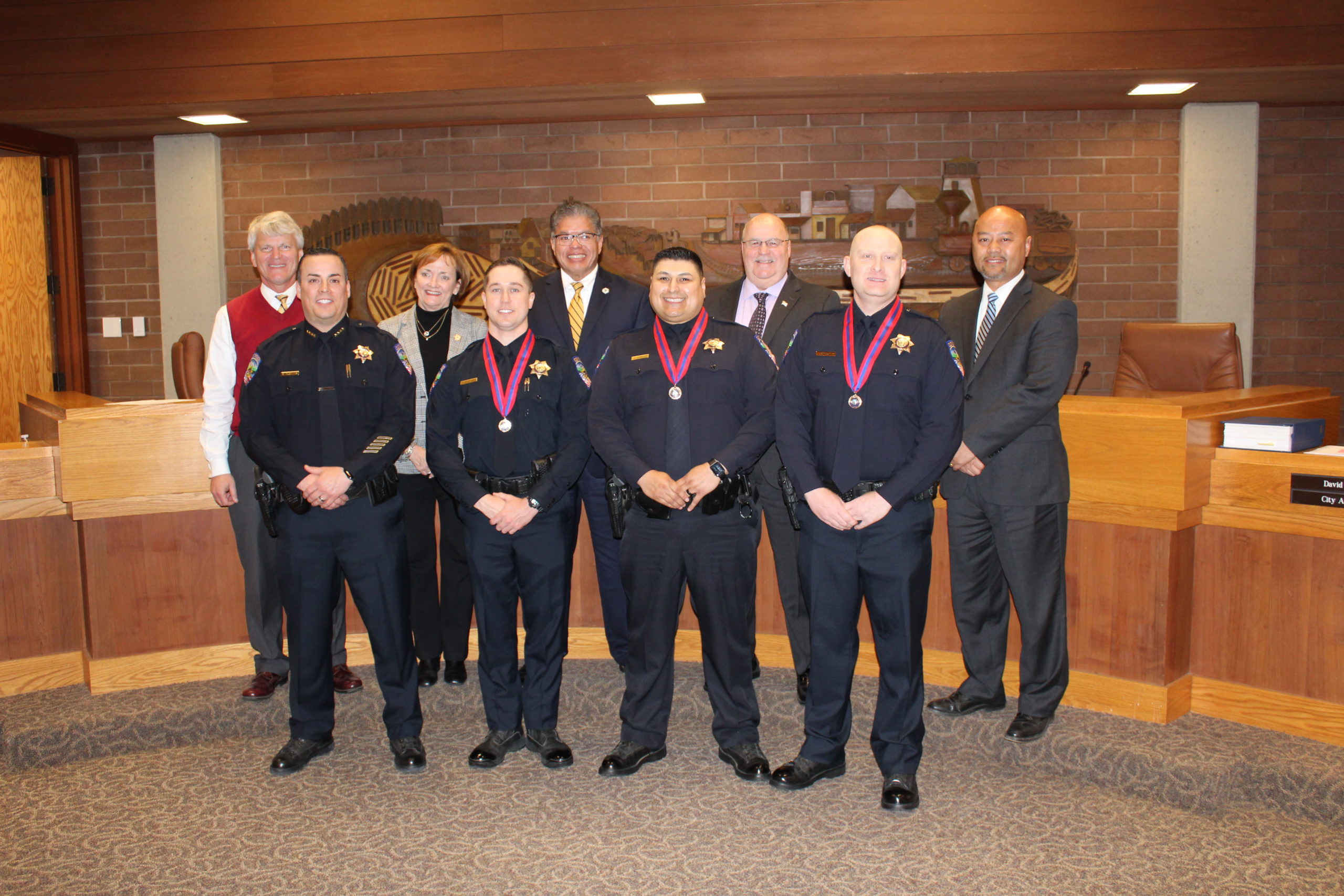 The following article was posted to yourcentralvalley.com on February 18, 2020, by AJ Kato

Three Clovis Police officers were honored Tuesday for their roles in the arrests of Fresno’s mass shooting suspects.

Four people were gunned down during a football watch party in November. In December Clovis police made an unrelated traffic stop which turned up a gun police said was used in the shooting.

It started after a report of mail theft.

“You never know what one call will turn into,” Richard Cressall a Clovis police officer said.

Cressell said he arrived at the apartment complex and knew something was off, “I found it suspicious the vehicle was leaving just as we arrived on scene,” he said.

Cressall and other responding officers, Carlos Santos and Michael McElroy’s instincts proved to be spot on.

“Doing a search of the vehicle we found a modified handgun and some high capacity magazines,” Cressall said.

Officers found the car belonging to Billy Xiong. He was already a person of interest in the shooting and the recovered gun turned out to be a key piece of evidence.

“Was able to identify that gun as being one of the weapons used in the mass shooting,” Curt Fleming the chief of police said.

Within a week search warrants were served and were followed by a string of arrests. The officers were honored with medals of commendation during a city council meeting.

“Even though it’s just the normal typical work they do, they did it in a manner that it’s going to have a successful prosecution and help this case,” Fleming said.

To watch the video please go to: https://www.yourcentralvalley.com/news/clovis-police-officers-honored-for-their-roles-in-fresno-mass-shooting-case/