The Emergency Services Bureau is responsible for providing the resources needed by Fire Department members who respond daily to requests for emergency and non-emergency services from the citizens of Clovis through four divisions: Operations, Support Services, Training and Communications. The Operations Division activities include: responding to fires, first responder medical services, mutual/automatic aid, mapping, apparatus replacement, etc. The Training Division and Support Services Division activities include coordination of: recruitment, testing and training of new employees, in-service training for all safety employees, apparatus maintenance, facilities maintenance, station supplies, etc. The Communications Division has the responsibility for coordinating dispatch services to the Fire Department. Fire dispatch services are provided via a contract with Fresno County Emergency Medical Services. Dispatch services coordinate the emergency response of all City fire resources and mutual or automatic aid resources.

The Department is staffed 24 hours per day, 365 days per year. This is accomplished by a three shift schedule (A,B,C) spread amongst five fire stations strategically located throughout the City to provide the best response times. Each shift is comprised of one Battalion Chief, five Captains, five Engineers and seven Firefighters. 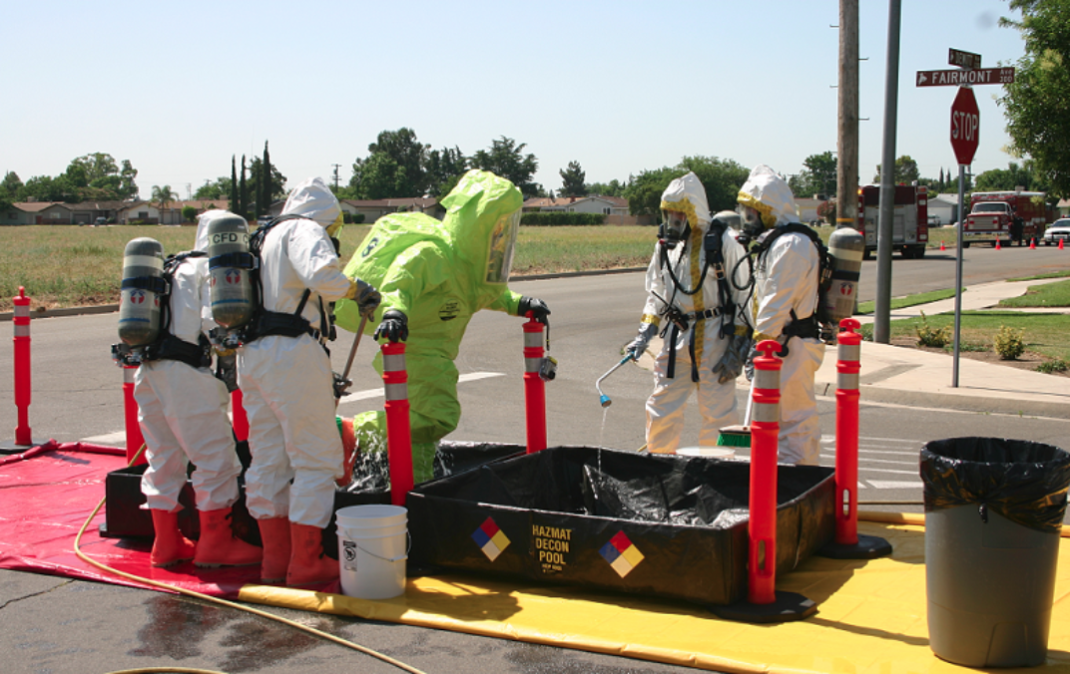 The Hazardous Materials Response Team (HMRT) is a 12 person team developed from fire department personnel which are highly specialized and trained in order to provide a high level of technical service to the community. Within the City of Clovis reside many businesses that use or distribute very dangerous and toxic chemicals. These chemicals are transported throughout the City of Clovis on a daily basis and therefore travel throughout our roadways in placarded or unmarked transportation vehicles. The HMRT is not only trained to handle leaks and spills of know chemicals, but also handle the improper disposal and dumping of unknown materials. The HMRT trains with local businesses and other responding agencies on a regular basis preparing for the possibility of both large and small scale emergencies. The HMRT maintains a Type 1 Certification through the California Office of Emergency Services (OES). 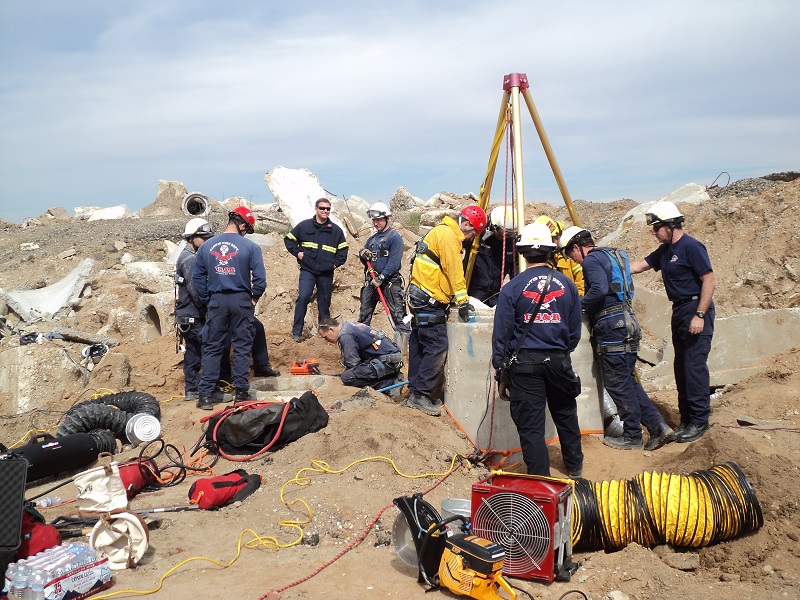 The Urban Search and Rescue (USAR) is a 12 person team developed from fire department personnel with a main purpose of responding to a variety of emergencies or disasters, requiring advanced rescue techniques. The Clovis Urban Search and Rescue Team is capable of conducting high angle rope rescue, confined space rescue, swift water rescue, trench rescue and mass transportation rescue. This team is also capable to conduct safe and effective search and rescue operations at structural collapse incidents involving the collapse or failure of heavy floor, pre-cast concrete and steel frame construction. The USAR Team meets the standard for Type I USAR operational level through the California Office of Emergency Services (OES). 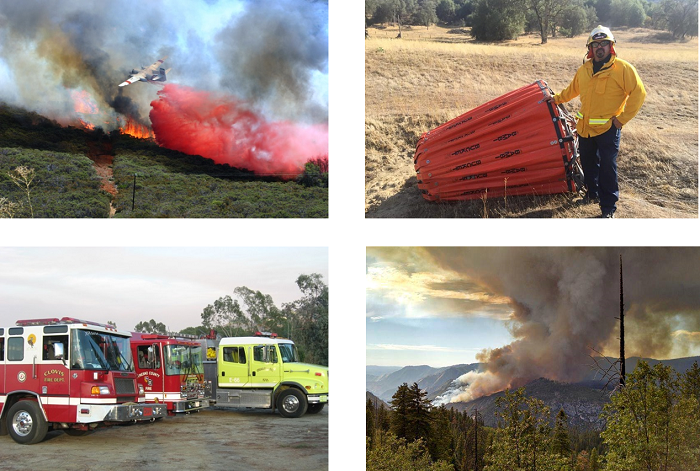 The California Governor’s Office of Emergency Services (Cal-OES) establishes a framework for rapid deployment of resources for various contingencies including Regional Operations, Local Emergencies, Mutual Aid, Fire and Rescue, Hazardous Materials, and other threat specific plans. In partnership, Cal-OES works with, coordinates, and responds to multiple types of emergency response situations utilizing the Standardized Emergency Management System (SEMS). The mutual aid system is designed to facilitate the rendering of aid to agencies and jurisdictions stricken by an emergency whenever its respective resources are overwhelmed or inadequate.

As a Cal-OES partner, the Clovis Fire Department has a number of specialized personnel and resources that can be deployed at a moment’s notice throughout the state. The most common assets requested are for the substantial wild fires that occur each summer. Clovis Fire Department deploys resources for up to two weeks as detachments of large scale incidents known as Strike Teams. We also provide advanced overhead personnel to serve as supervisors and technical specialists.