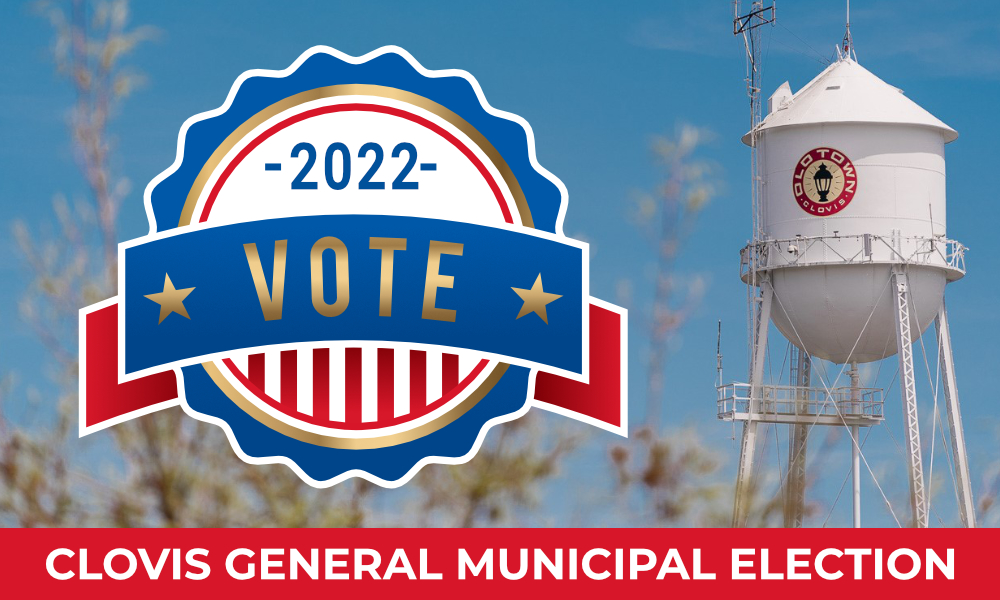 The election results show that Council Members Lynne Ashbeck and Vong Mouanoutoua were re-elected to a three and one-half year term through November 2024. For final results please visit the Fresno County Clerk/Registrar of Voters website.

In June, the Clovis City Council will call for the City’s General Municipal Election to be held on November 8, 2022, to fill three (3) Council seats for a four-year term through November 2026.

Clovis voters, at large, elect a 5-member council to serve as the city’s legislative and governing body.  The members serve four (4) year terms and they elect one member to serve as Mayor and one to serve as Mayor Pro Tem for two years.  A general municipal election is held every two years, alternating, between two and three positions each cycle.  The three seats available for the November 2022 election are currently held by Councilmembers Bessinger, Whalen, and Mayor Flores.  The remainder of the Council consists of Councilmembers Ashbeck and Mouanoutoua, whose terms expire in November 2024.

As the elected legislative body of the City of Clovis, the City Council has overall responsibility for the scope, direction, and financing of city services.  The Council is also responsible for establishing land use policies through the general plan and zoning regulations.  Under the council-manager form of government, adopted by municipal code, the City Council provides policy direction to the city manager who is responsible for administering city operations.  In setting policy, the Council works closely with citizen advisory commissions and committees, considers staff information and recommendations, and receives comments from the general public.

The Clovis City Council meets the first three Mondays of each month at 6:00 p.m.  In addition to the regularly scheduled Council meetings, Council Members will generally spend time reviewing material in preparation for the meetings, attend additional meetings as required, and may require some travel.  Council Members work part-time in their capacity as elected officials and are paid a salary of $1,455 per month, to be increased to $1,513 after the November 2022 election.

To qualify, prospective council candidates must reside in the City of Clovis and be a registered voter of the City of Clovis before nomination papers will be issued.  Filing information may be obtained from the office of the City Clerk, City of Clovis, 1033 Fifth Street, Clovis, CA 93612 or by calling 559-324-2060; or the Fresno County Elections Division at 559-600-8683.

How to Run for Council

California is a national leader in promoting transparency and fairness in elections. The Political Reform Act requires candidates and committees to file campaign statements by specified deadlines disclosing contributions received and expenditures made. These documents are public and may be audited by the FPPC and FTB to ensure that voters are fully informed and improper practices prohibited. It is the responsibility of candidates and committees to understand the rules regulating their campaigns in California.

The Public Access Portal contains financial information provided by candidates and committees. It can answer questions about who is contributing money, who is receiving money and how it is being spent.

To view the campaign statements, visit the City of Clovis public access portal by clicking the button below.