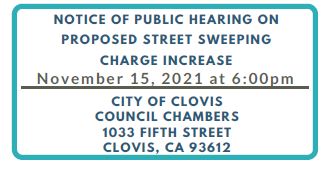 Prior to June 30th of each year commencing in 2023, the Public Utilities Director will evaluate the Street Sweeping fund balance and anticipated expenditures to determine the appropriate charge for the next fiscal year. Based on the recommendation of the Public Utilities Director, the charge may be increased by 4%, increased by less than the annual maximum of 4%, remain unchanged, or be reduced by City Council.

WHY IS AN INCREASE IN THE STREET SWEEPING CHARGE NEEDED? 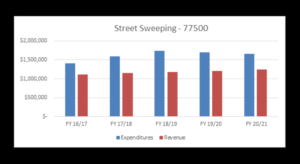 HOW DO I PROTEST THE STREET SWEEPING CHARGE INCREASE?

Protests will not be accepted by email, fax, or other electronic means, and protests not meeting the requirements described in the paragraph above will not be counted as written protests. 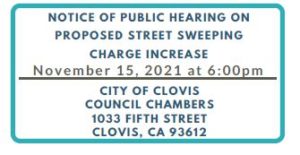 Two Suspects Arrested with Thousands of Pieces of Stolen Mail