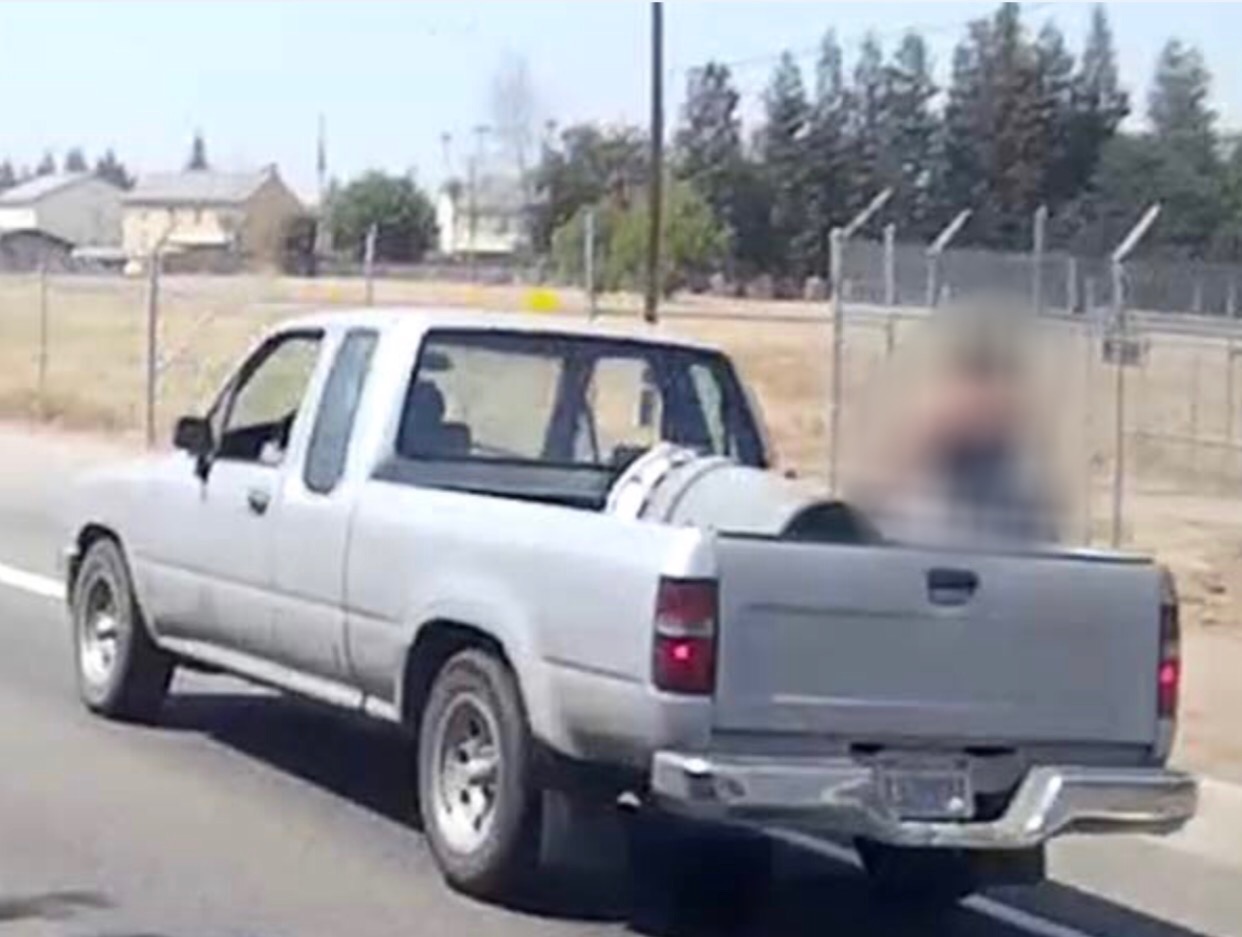 On Tuesday, 9/5, Clovis PD posted information regarding two sex offenses that had occurred earlier that day. With the assistance of a vigilant Clovis resident who saw the post on social media, we now have a photo of the suspect vehicle involved in both crimes. Please take a close look at this early 90’s model Toyota pick-up truck. It is grey or silver in color, with an extended cab. The truck looks to have a large plastic trash can in the bed of it with a California license plate attached to the rear. There does not appear to be any markings on the rear of driver side of the vehicle. Our Crime Analysts are working on the license plate. If you have any information regarding this vehicle, it’s owner, or the crimes that occurred last week, we are asking that you message us on social media, or call our non-emergency phone number at 559-324-2800. If you would like to remain anonymous, you can also provide a tip using our mobile app, or call Crime Stoppers at 559-498-STOP.

Clovis Police received two separate calls for service within 90 minutes of each other regarding two sex offenses with the same suspect description. On Tuesday, September 05, 2017 at about 11:43 AM, an adult female called to report a male in a truck near Bullard/Temperance had exposed himself to her. Officers responded immediately to search for the suspect; however they were unable to locate him.

A second adult female called at approximately 1:17PM to report that while riding her bicycle, a male in a truck offered to give her a ride on Bullard east of Temperance. The female accepted and placed her bicycle in the bed of the pick-up truck. Shortly after she got into the truck, the male attempted to fondle her. The female told the male to pull over, and he did. The female got out of the truck and the male drove away. It was later determined that the male dropped off her bicycle at the approximate location that he picked her up at.

Both adult female victims described the suspect as a white male adult, between the ages of 25-30, with short light-colored hair, clean shaven, a thin build, last seen wearing a light colored, short-sleeved t-shirt. The suspect’s vehicle was described as a light-colored 90’s model small 2-door pick-up truck, with possibly a lawn mower and/or gardening tools in the bed of it. The vehicle was last seen in the area of Bullard/Fowler. Officers again quickly responded but were unable to locate the suspect or the vehicle.

Clovis Police are asking for your help to locate the suspect and his vehicle. If you have any information regarding either of the calls for service or the suspect, please call (559) 324-2800 or message us on social media. If you would like to remain anonymous, you can provide a tip on our mobile app, or call Crime Stoppers at (559) 498-STOP. The suspect faces two misdemeanors if arrested – indecent exposure and sexual battery.