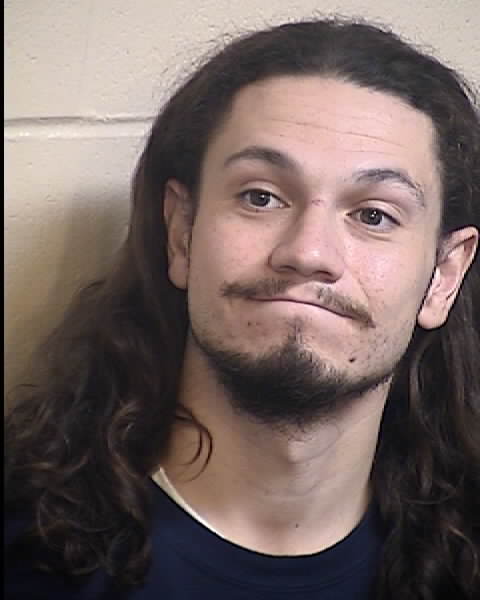 Last night just before 10:00 P.M., Clovis Police dispatch received a call regarding a domestic disturbance that had just occurred in the 2000 block of Bedford Ave. The victim was able to leave home and call us from another location where Officers met her at.

After speaking with the victim, it was determined that the suspect would be wanted for multiple domestic violence-related felonies. Due to the suspect’s criminal history and a firearm known to be in the home, our SWAT team was called out. After a search of the home showed that the suspect had left, Detectives immediately began looking into possible locations where he may have gone.

While following up in northeast Fresno this afternoon, the suspect was taken into custody at a family member’s home without further incident. The suspect, identified as 26 year-old Jake Chavarria, is being booked into Fresno County Jail for several felonies, including corporal injury to a spouse/cohabitant, false imprisonment, child endangerment, terrorist threats, assault with a deadly weapon, and kidnapping.

If you or someone you know is in need of assistance regarding domestic violence, please call the Marjaree Mason Center at (559) 233-HELP, or law enforcement 24 hours a day.

The City of Clovis supports the US Census

Man with a Gun Call ends with Officer Involved Shooting