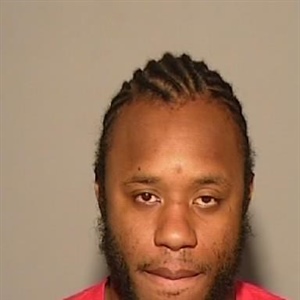 On Tuesday, October 16, Clovis Police received several calls for service around lunch time in the area of Willow Ave./W. Ashlan Ave. regarding a suspicious male following adult women. The callers reported that a male in an older model blue pick-up truck was driving up and down Willow Ave. approximately between W. Ashlan Ave. and W. Gettysburg Ave. It appeared the male was trying to lure females into his vehicle.

Two separate victims were located and reported to Officers that the suspect was aggressive and they feared for their safety.  One witness was able to obtain a photo of the suspect and the license plate on the truck he was driving. This information led Detectives to a residence in Fresno where he was arrested without incident.

Clovis Police Detectives arrested 32 year-old Lammar Carey of Fresno for two counts of felony attempted kidnapping. Carey was booked into Fresno County Jail overnight. It is possible that Carey attempted to contact additional women during this time frame. If you have information about additional victims, you are asked to contact the Clovis Police Department at (559) 324-2800.

The Clovis Police Department would like to remind residents to dial 911 when or if you believe someone is following you or committing a crime. Thank you to the victims and witnesses who stepped forward and provided statements for this case.

Clovis Police Shut down Sierra Avenue for an Investigation