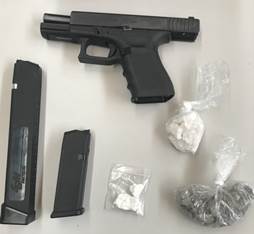 A one-day multi-agency operation occurred May 2, 2018 in Clovis involving thirteen law enforcement agencies. Approximately 75 Officers worked together to complete probation and parole searches, traffic stops, and other proactive work throughout Clovis and the surrounding area. Arrests were made for a variety of felonies and misdemeanors such as probation/parole violations, narcotic sales/transportation, firearms possession, and traffic offenses. Gang members were also contacted during the operation.

Below are statistics from operation: