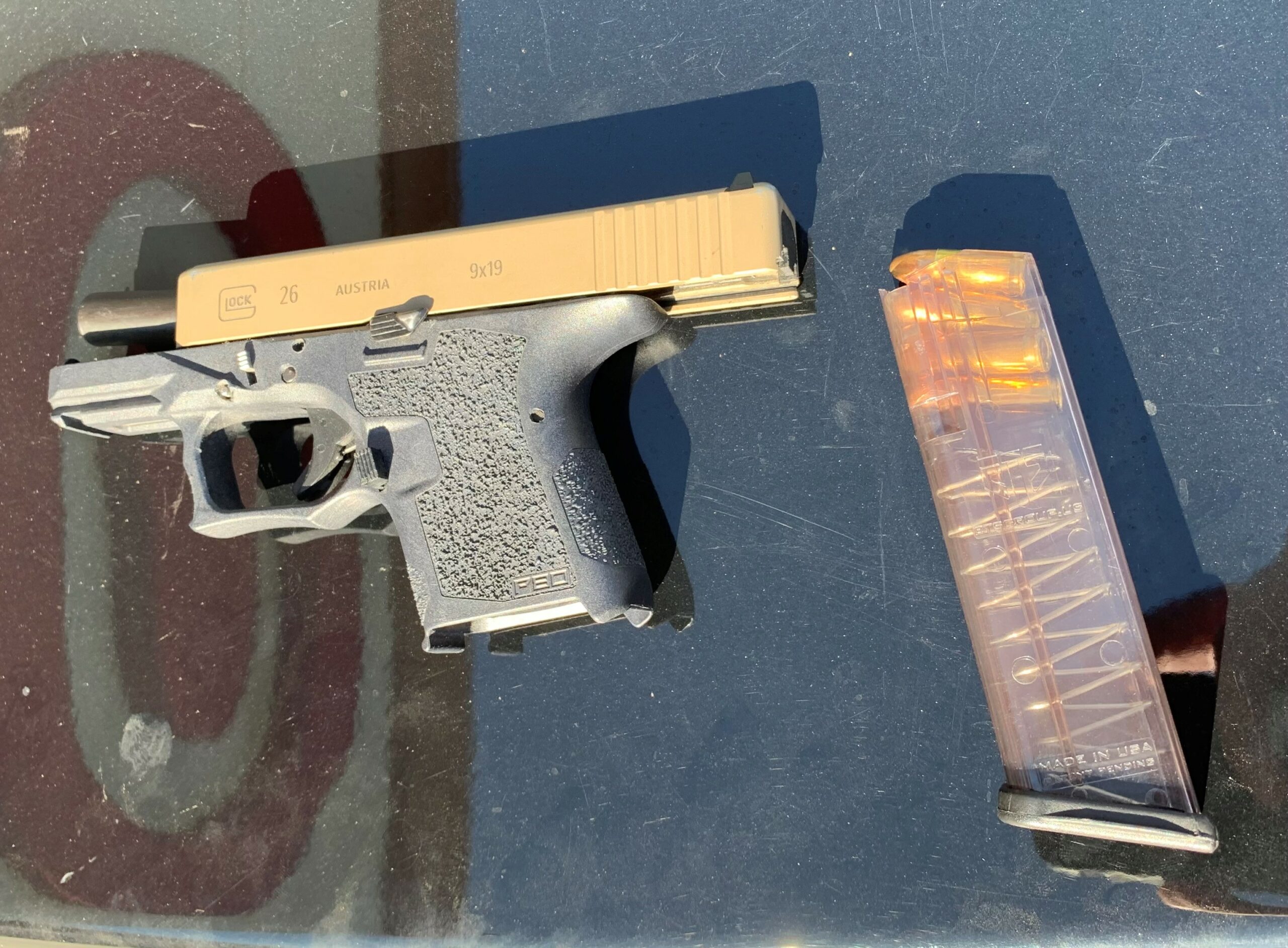 This afternoon just before 4:30PM, we received a call from a customer at the Target at Willow/Herndon in Clovis. The customer told dispatch that one of two juveniles selling candy in front of the Target store had a handgun concealed on them. The handgun was seen when the juvenile repositioned it in their waistband.

Officers immediately responded and contacted the two juveniles, who were uncooperative. The juvenile that was reported to have the handgun also became combative with officers. After both juveniles were detained, officers located a loaded 9mm “ghost gun” in the pants of one of them. A ghost gun is an illegal firearm that is typically privately assembled, and does not have a serial number.

The juvenile with the firearm is 15-years-old and on felony probation. He was arrested and is being transported to juvenile hall for battery on a peace officer, and charges related to the illegal concealed firearm. The 11-year-old that he was with was turned over to his mother.

We would like to thank the observant customer for calling to report this suspicious activity. 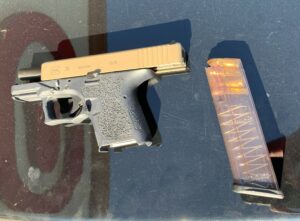