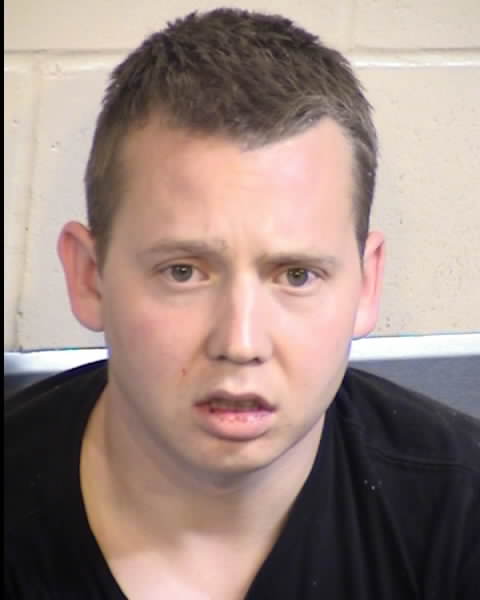 Clovis Police received a call of suspicious activity just after 11:00 P.M. last night, December 18, in the 3600 block of Vermont Ln. in the Harlan Ranch area. The resident reported that her power appeared to have been turned off at the electrical box. Several Officers responded and checked the area thoroughly. They located three vehicles in the area that had been broken into. During the area check, Officers contacted a male, identified as 29 year-old Logan Meeks, of Clovis. During the contact, Meeks was found to be on probation, and a search of his person located stolen property. Officers then completed a probation search of Meeks’ home nearby and located additional stolen property.

Following the investigation, Meeks was arrested and booked into Fresno County Jail on three counts of felony vehicle burglary, being a prohibited person in possession of ammunition, probation violation, and possession of stolen property.

The suspicious circumstances regarding the original call of a resident’s power being turned off at their PG&E box is still being investigated by Patrol Officers and Detectives. Clovis Police would like to take this opportunity to remind our residents to call immediately when they see something suspicious. This suspect was arrested because of vigilant residents calling law enforcement immediately, and hard work by our dedicated Officers.

Groceries and Bikes Brighten the Holidays for Families in Need