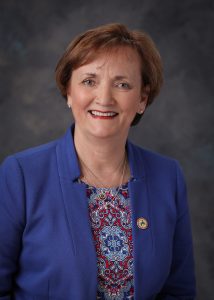 “The success of Clovis is the combination of three fundamental principles–a commitment to our heritage; a clear and consistent vision for our future; and pursuing excellence in all we do. From the statues and banners along Heritage Walk to our state-of-the-art Research and Technology Park, Clovis works every day to maintain position as the Valley’s leading community for jobs, safety, schools, and families.

The people who call Clovis ‘home’ make the difference here. We work hard to engage our residents and business owners in the process of building our community, focusing on our shared goals rather than the things that divide us. Whenever possible, we turn to the people who live and work in Clovis for their thoughts and ideas. Whether it’s about land use planning, establishing a traffic pattern, creating a park, or building a senior center or library, we involve our residents as much as possible in the process.

Conversation, civic engagement and a shared vision lead to a better quality of life and a better community—actually, to the BEST community. And that’s what Clovis is all about.”

Mayor Pro Tem Ashbeck may be contacted via email or by phone at the number below.