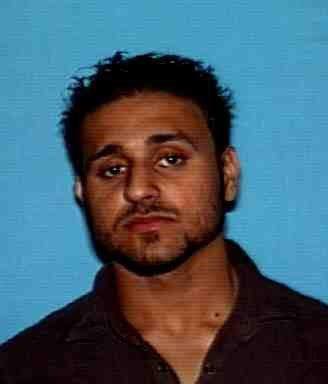 At 9:21 PM this evening, July 12, an officer attempted to pull over a driver after running a stop sign near Powers/Sanders in the Harlan Ranch area of Clovis. The driver failed to stop, and officers pursued for a short distance, remaining in Harlan Ranch area. The driver quickly parked the vehicle and ran and hid from officers. After a perimeter was set up, the Fresno County Sheriff’s Office’s helicopter made K9 announcements. CPD Officer Drum and K9 Jax searched the area and located the driver in the 3800 block of Vermont at 9:57 PM. The driver was arrested without incident (Jax only barked).

The driver has been identified as 29 year-old Gurparkash Sandu of Clovis and is being investigated for DUI. No other subjects are outstanding and no one was injured during this incident. We would like to thank the Fresno County Sheriff’s helicopter Eagle 1 for their assistance. We’d also like to thank K9 Jax & Officer Drum for a job well done!

During the incident, the residents of the Harlan Ranch area were updated by urgent alerts on the social media site NextDoor, which we use for neighborhood-based incidents such as this so alerts are not sent out city-wide. If you’d like to obtain alerts and neighborhood safety information, we encourage you to join NextDoor at www.nextdoor.com.