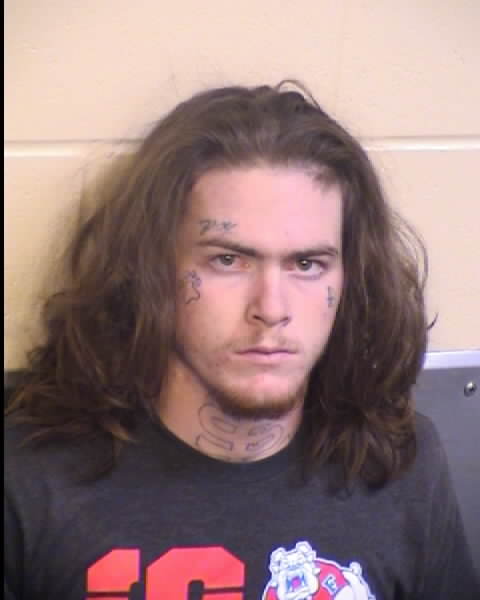 Just prior to 3:30 p.m. yesterday afternoon, Clovis Police Officers located a stolen vehicle travelling eastbound Herndon near Willow.  Officers attempted to stop the vehicle, however, the driver engaged officers in a high-speed pursuit.  The driver sped up to 90 miles per hour and the pursuit was cancelled due to safety concerns.

Shortly after the cancellation of the pursuit, detectives located the stolen vehicle abandoned near Highland and Herndon.  Detectives believed the driver fled into a residence in the 9000 block of East Herndon.  A search warrant was authored and later served.  Detectives located 3 people in the home, one of whom was the driver of the stolen vehicle.  During their search of the residence, officers located several firearms that were illegally possessed.

Detectives arrested 18-year-old Adam Bustos, a transient, for numerous charges including possession of a stolen vehicle and evading a police officer.  Additionally, Bustos was booked for a violation of his AB-109 probation.  He was booked into the Fresno County Jail and released early this morning pursuant to the State of California’s zero-dollar bail rule.

Also arrested was 42-year-old Damien Phillips of Fresno.  Damien was arrested for being a prohibited person in possession of a firearm and possession of drug paraphernalia.  He is currently being treated at a local hospital for an unrelated medical condition and will be booked into Fresno County Jail upon release. 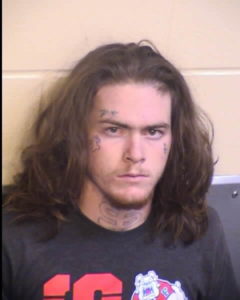 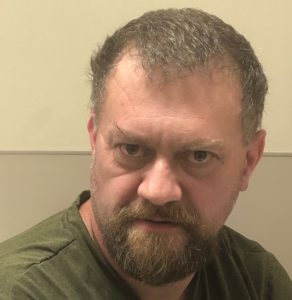