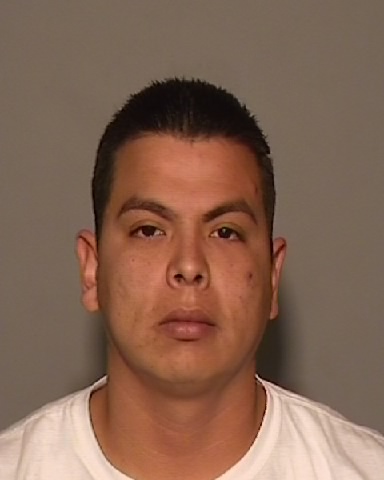 On February 23, 2018, Clovis Police Officers were notified of a possible indecent exposure that occurred the day prior on February 22, 2018.  A female victim reported that she was driving her vehicle westbound on Shaw Avenue near Sunnyside.  As she approached the intersection, a Hispanic male in a white Volvo exposed himself to her.  The male continued to expose and touch himself as he pulled up next to the victim.  The victim was able to take photographs of the suspect, his vehicle, and the license plate with her cellular phone.

Clovis Police Officers began an investigation and identified a possible suspect.  The victim positively identified 29-year-old Roman Holguin of Clovis as the suspect.  Officers obtained an arrest warrant for Holguin, and he was arrested today at his residence without incident.  When speaking with officers, Holguin admitted to exposing himself to the victim.

During the investigation, officers were made aware of a separate incident that occurred on February 5, 2018 at the intersection of Fowler and Ashlan in Clovis.  A different female victim told officers that a Hispanic male in a white Volvo exposed himself to her while driving.  This incident continues to be under investigation.

Roman Holguin was booked into the Fresno County Jail on a warrant for one count of PC 314.1, indecent exposure.  Clovis Police ask that anyone that may have experienced something similar involving a Hispanic male, or the white Volvo, to please contact us at 559-324-2800.