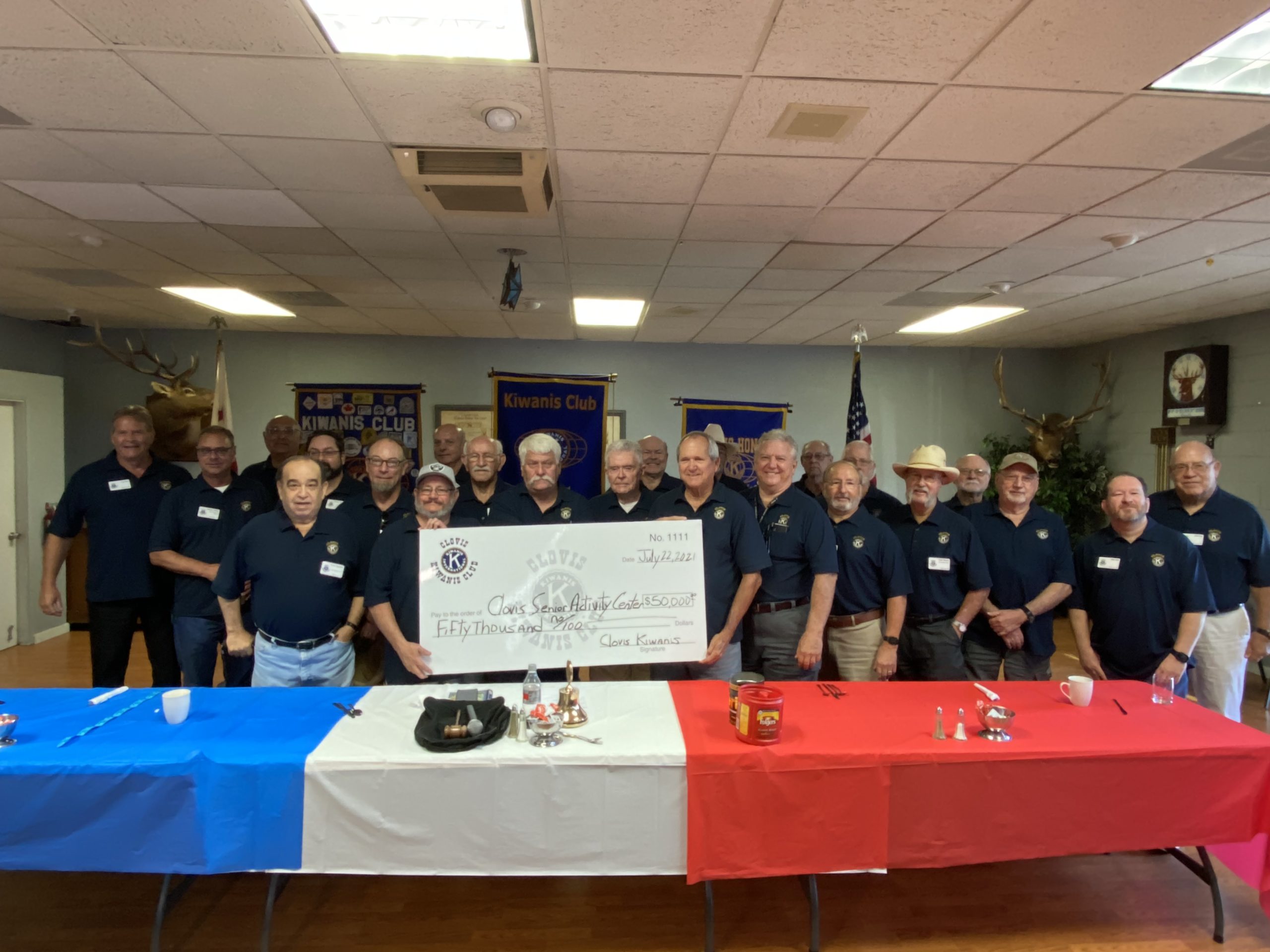 A significant donation was presented Thursday morning to the Friends of the Clovis Senior Activity Center.

The Kiwanis Club of Clovis presented a check for $50,000 to benefit the new center, which is currently under construction.

The Clovis Senior Activity Center: A Smittcamp Family Legacy, is a nearly 29,000 square foot facility which will feature a conference hall, rooms for enrichment classes, and a health clinic run by Saint Agnes Medical Center. The center is being built at Landmark Square, a six acre lot near the heart of Old Town Clovis. In appreciation of their generous donation, the Billiards Room in the center will be named for the Kiwanis Club of Clovis.

City of Clovis Mayor Jose Flores was in attendance at the check presentation. Mayor Flores recognized the Kiwanis Club of Clovis with an official proclamation thanking the organization for their support of the new center.

“We are very grateful to the Kiwanis Club of Clovis for their generous donation,” said Amy Hance, City of Clovis General Services Manager. “This gift will allow us to better serve our local seniors for many years to come.”

In addition to the Senior Activity Center, Landmark Square will feature a new Transit Hub, bearing the name of long serving City Councilmember Harry Armstrong. The William H. “Harry” Armstrong Transit Center will act as the hub for the City of Clovis Transit Service. The more than 7,000 square foot building will house offices and a community room. The City of Clovis is also partnering with Fresno County, which will build a new Clovis Branch of the Fresno County Public Library on the property.

This project represents a significant dedication to serving the residents of Clovis. Ground was broken and construction began at Landmark Square in February. The project will take place in several phases, with the Senior Activity Center expected to be completed sometime in 2022.

What’s in the American Rescue Plan?