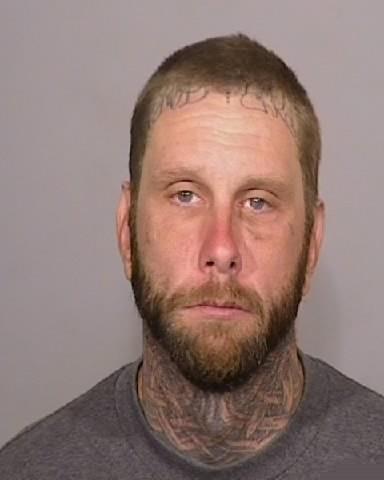 On June 6, 2019, just prior to 5:00 p.m., a Clovis Police Officer on proactive patrol along Shaw Avenue conducted a traffic stop on a vehicle for expired registration. The officer contacted the driver who identified himself as Robert Kloppenburg, who is on parole for assault with a deadly weapon. Due to his parole status, Kloppenburg was detained while officers searched his vehicle. Officers then conducted a parole search at Kloppenburg’s residence in in Fresno. During the parole search, Clovis officers located a loaded AR-15 style rifle hidden in a laundry basket.

Due to Kloppenburg’s status as a convicted felon and parolee, he is not permitted to possess firearms. He is also a skinhead gang member. Kloppenburg was arrested on the following charges:

Robert Kloppenburg was booked into the Fresno County Jail where he remains in custody.

A booking photo and a photo of the AR-15 style rifle are attached to this release.