A suspect was arrested this morning following a burglary at a pharmacy before 6 AM. Clovis Police officers responded to the CVS at Ashlan/Fowler this morning after our communications center received a call from the alarm monitoring company at 5:30 AM. As officers were responding, the caller was able to provide a description of the suspect from surveillance cameras in the store. Officers located an adult male walking nearby that matched the description and detained him. Nearby, they also located a trash can full of prescriptions from CVS.

Officers arrested the suspect who has been identified as 21-year-old Joseph Neves Jr. of Fresno. Clovis Police Detectives were called out and served a search warrant at Neves’ home, locating additional evidence and empty prescription bottles. Detectives have also been investigating a burglary to the same pharmacy that had occurred on October 26. The suspect arrested today happened to be wearing the same clothes in video surveillance from that burglary as well, however that time, he was with a second suspect. That second suspect remains unknown and outstanding at this time.

Detectives have charged Neves with several felonies in relation to both commercial burglaries. Additional charges stem from the fact that Neves is out on bail for another pharmacy burglary in Madera recently, and for violating his probation. If you have any information regarding the identity of the other suspect in the first burglary on October 26, you’re urged to call Crime Stoppers at (559) 498-STOP, or our Detectives division at (559) 324-2415.

Due to California law, a booking photo of the suspect is not posted due to the arrest charges. 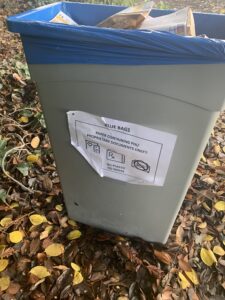