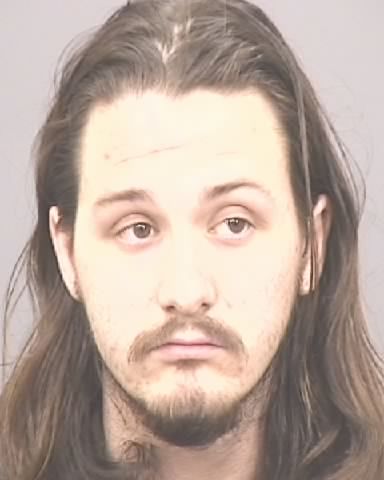 Today, at approximately 10:15 a.m., the Clovis Police Department communications center received a 911 call regarding an intruder inside a Clovis home. The caller stated that an unknown male had opened the front door and walked into the home. While inside, the male was confronted by the caller’s husband. The suspect was forced back outside the front door and fled the area.

Clovis Police Officers responded to the residence in the 3200 block of Monterosa in Clovis. Upon arrival, an officer observed the suspect walking away from the area. The officer attempted to contact him, but the suspect failed to comply and began to flee. Officers were quickly able to catch up, and the suspect was detained after a brief struggle. He was identified as 21-year-old Hunter Attebery of Hanford. Upon receiving a positive identification from the victims, Attebery was placed under arrest for residential burglary of an occupied dwelling and resisting arrest.

Attebery was transported and booked into the Fresno County Jail. His mugshot is attached.