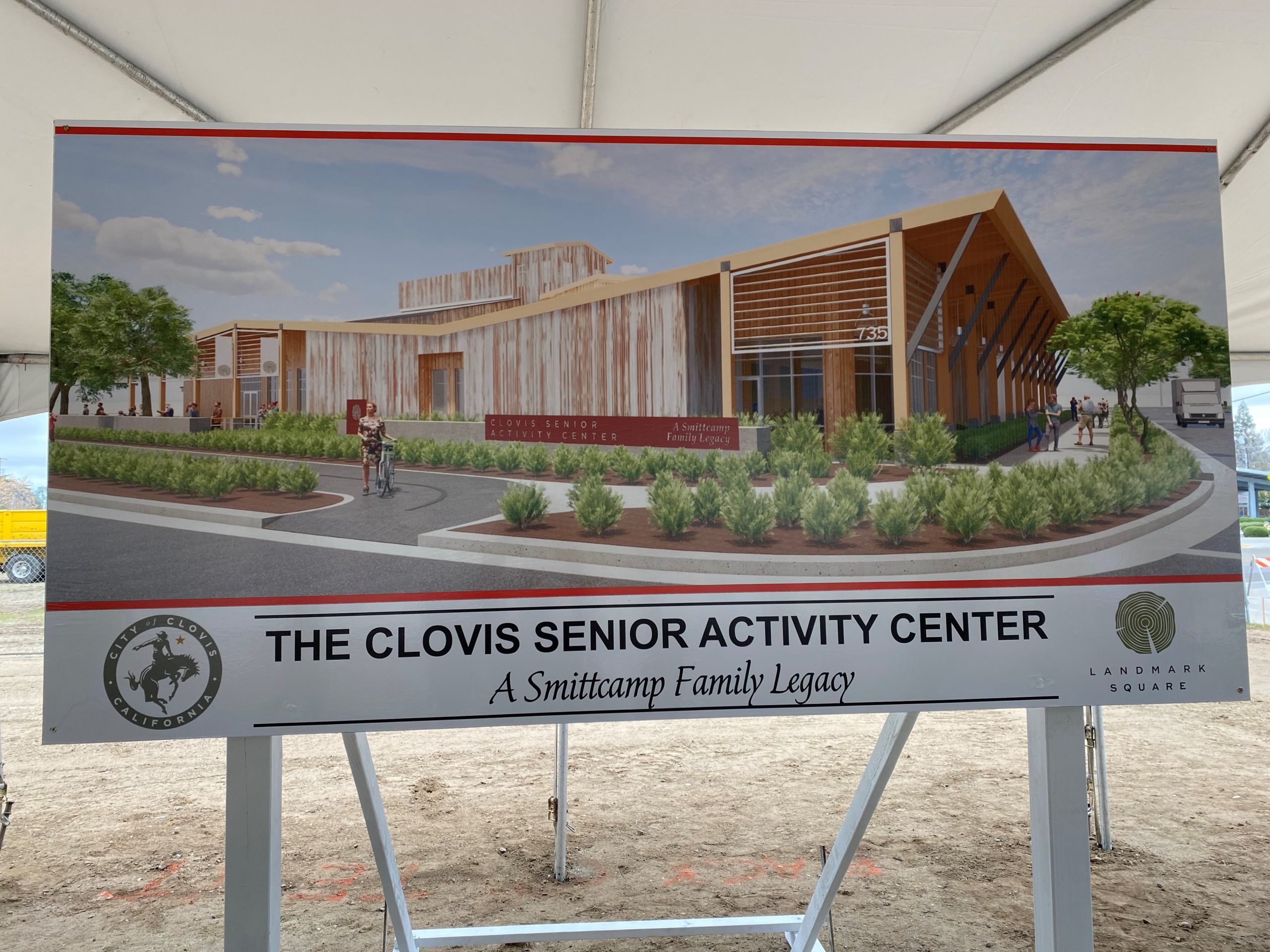 A groundbreaking ceremony was held Tuesday, February 16 for Landmark Square, the future location of a new Senior Activity Center, Transit Center, and Public Library, all being built on a six acre lot near the center of Old Town Clovis.

The groundbreaking ceremony was attended by members of the Smittcamp Family, who have donated one million dollars towards the Senior Activity Center, which will bear their family name. The nearly 29,000 square foot facility will feature a conference hall, rooms for enrichment classes, and a health clinic run by Saint Agnes Medical Center. The facility will officially be called the Clovis Senior Activity Center: A Smittcamp Family Legacy.

“We are thrilled to be partnering with the Smittcamp Family on this important project which will serve our regions seniors for decades to come”, said Shonna Halterman, General Services Director for the City of Clovis. “Without the donations of the Smittcamp Family, and others, this project could not have happened. This facility will serve as a fitting tribute to the Smittcamp’s long history of dedicated service to this community.”

In addition to the Senior Activity Center, Landmark Square will feature a new Transit Hub, bearing the name of long serving City Councilmember Harry Armstrong. The William H. “Harry” Armstrong Transit Center will act as the hub for the City of Clovis Transit Service. The more than 7,000 square foot building will house offices and a community room. The City of Clovis is also partnering with Fresno County, which will build a new Clovis Branch of the Fresno County Public Library on the property. 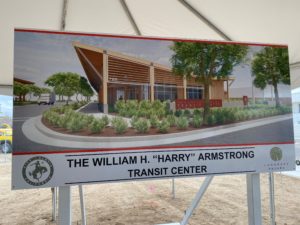 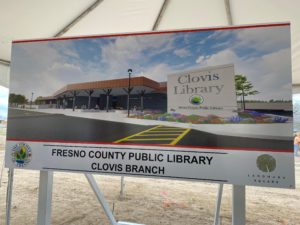 This project represents a significant dedication to serving the residents of Clovis and we are excited to see it begin. The Landmark Square project will take place in several phases, with the Senior Activity Center expected to be completed by summer of 2022. 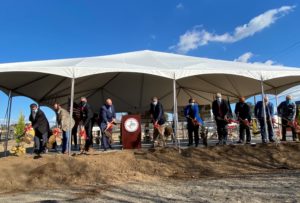