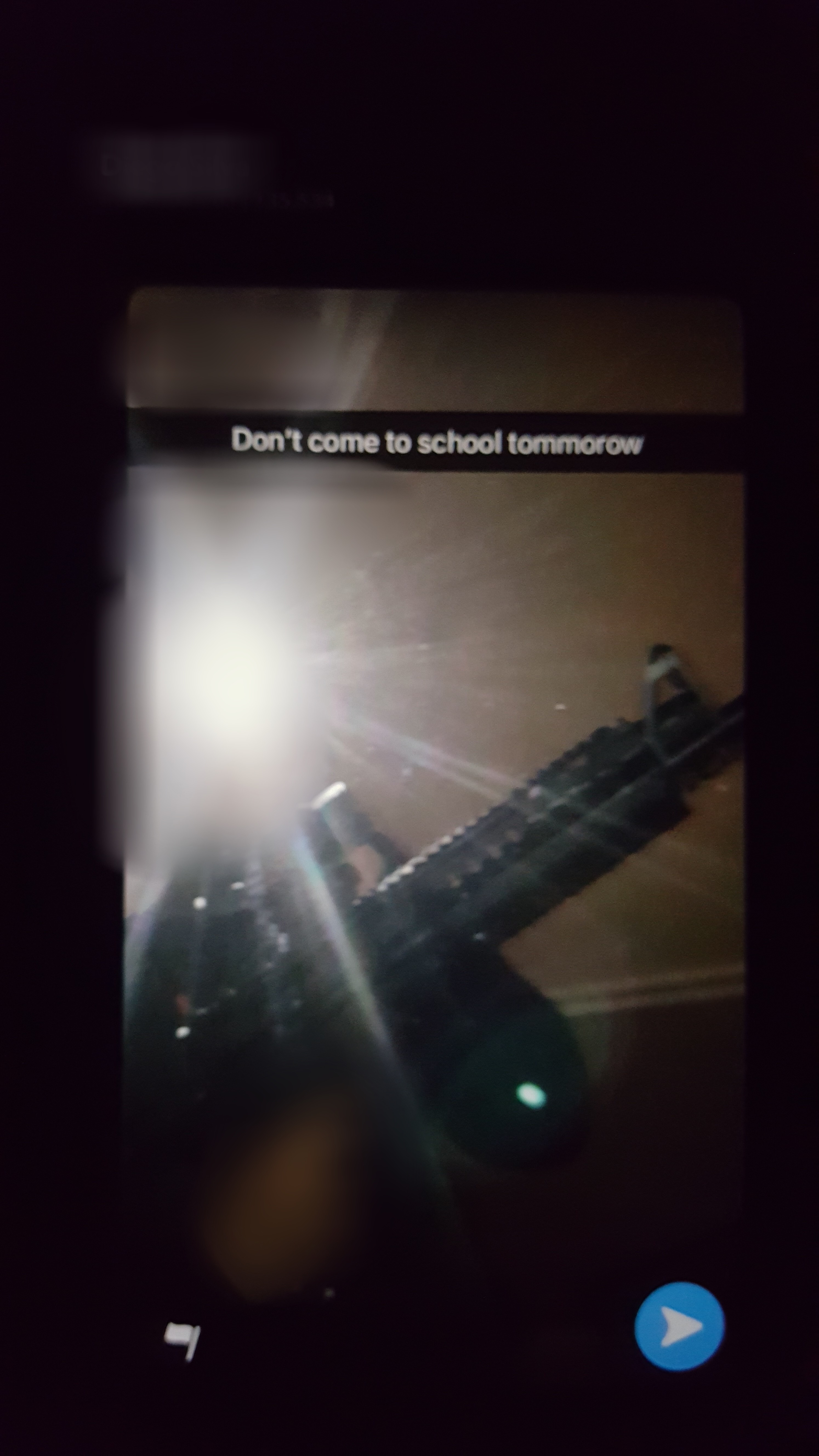 Clovis Police Department arrested a 15 year old Clovis Unified Student just before 2 a.m. this morning for making threats towards Buchanan High School. Clovis Police were contacted by a concerned citizen who saw a Snapchat picture of someone holding what looked like an assault rifle. The picture stated “Don’t come to school tomorrow”. Clovis Officers along with Clovis Unified School Police investigated the threat and contacted the juvenile who sent the picture.  The gun in the picture was found and it was identified as an airsoft rifle which was taken into evidence.

The 15 year old male was booked into Fresno County Juvenile Justice Corrections on one count of criminal threats of death or great bodily injury. The Clovis Police Department is working with the Clovis Unified School District and will have an increased presence on campus today.