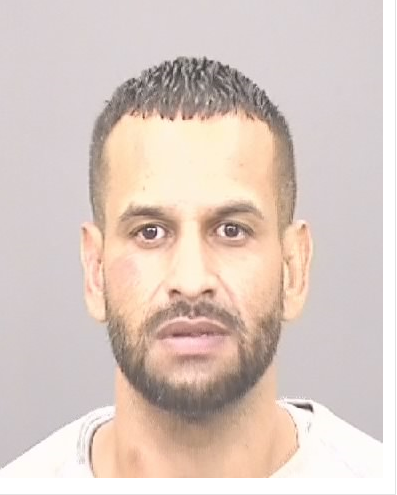 CLOVIS, CA—Just after 8 p.m. last night, Clovis Police received a tip that a wanted parolee at large was working out inside Planet Fitness near Clovis and Shaw. Officers arrived on scene and confirmed the identity of the wanted person as 35-year-old John Mata of Fresno. Mata is a gang member, known for violence, and had previously been involved in a vehicle pursuit. A perimeter was set around the building, and officers entered the gym to make contact with him.

As officers approached, Mata stopped his workout and tried to hide behind a weight machine. He then decided to flee and began sprinting to the back door of the business. As Mata ran out the back door, he was met by Clovis Police Officers and K-9 Jax. Mata continued to run after being ordered to stop, and K-9 Jax was deployed. After a very short foot chase, K-9 Jax caught up with Mata and detained him until officers could catch up.

Mata was arrested and immediately treated for his injuries he sustained from the K-9 application. After being treated at the hospital, he was later booked into the Fresno County Jail on a parole warrant and resisting arrest. A booking photo is attached. 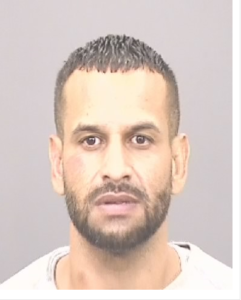 Give the Phone a “Break”: April is Distracted Driving Awareness Month

No City of Clovis “Shelter in Place” Order at this time