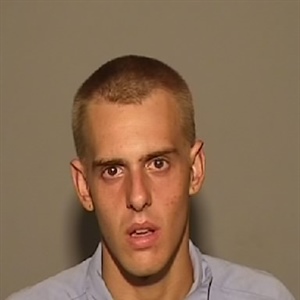 On 8/10/16 at approximately 4:40 AM, we received a call of a suspicious person in the area of Shaw/Willow. A witness reported they saw an unknown male inside of a parked car, and then hide in the bushes.

Officers arrived on scene within 4 minutes, and attempted to stop the male after he got into a white 4-door car occupied by a female. The male failed to yield to officers and the pursuit led them to the area of Clovis/Shepherd. The driver then turned off the headlights and drove into a field. Officers briefly lost sight of the vehicle and later found it in the canal.

The male and female fled from the vehicle while leaving a dog inside, with approximately 2/3 of the vehicle under water. The female was located and arrested however the male remains outstanding at this time. The female who has been identified as 19 year-old Elena Scarpignato, was booked into Fresno County Jail for conspiracy. The male suspect has been identified as 20 year-old Kaleb Smith. Smith is currently wanted on felony vehicle burglary, felony animal cruelty, conspiracy, and felony evading from officers. He is described as a white male adult, 5’10, 135 lbs, with brown hair and eyes. The dog was rescued from the car, was found to be unharmed, and has been turned over to Clovis Animal Services.

The attached photo of Kaleb Smith is from a prior arrest in February 2016, and Scarpignato’s booking photo from today is also attached. If you have information on the whereabouts of Smith, please call our non-emergency phone number at 559-324-2800 or Crime Stoppers at 559-498-STOP. 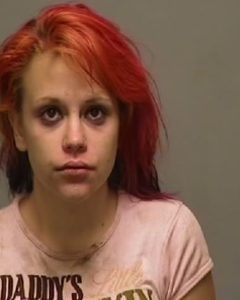 Suspect Arrested for Child Abuse for a Third Time

Back to School Traffic Safety Enforcement Begins Monday in Clovis