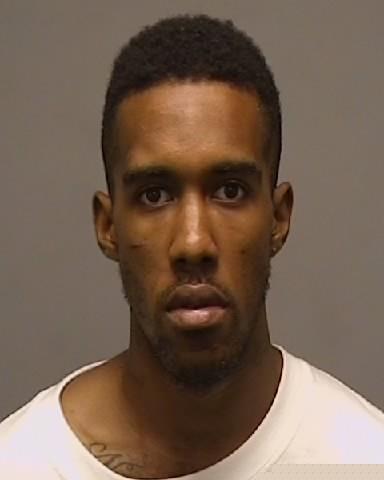 Today at approximately 1:45 p.m., Clovis patrol officers were dispatched to Clovis Community Hospital regarding a suspicious activity call. Hospital employees working the valet parking desk noticed a handgun inside a vehicle that was dropped off to be parked by the driver. Upon noticing the handgun in the vehicle, they called Clovis PD dispatch. Officers arrived and determined that the handgun was illegally possessed due to an extended magazine.

Officers worked to locate the driver of the vehicle inside the hospital. During the investigation, family members of the suspect attempted to distract officers while he attempted to flee in another vehicle. Alert Clovis officers in the parking lot observed the suspect in the backseat of a vehicle as it attempted to leave the parking lot. Officers conducted a vehicle stop and arrested Ekaree Young, 27, of Fresno. Mr. Young is a convicted felon and is prohibited from possessing a firearm.

Mr. Young was arrested on the following Charges:

Ekaree Young will be transported and booked into the Fresno County Jail.

Driver Located by K9 and Arrested for DUI After Short Pursuit