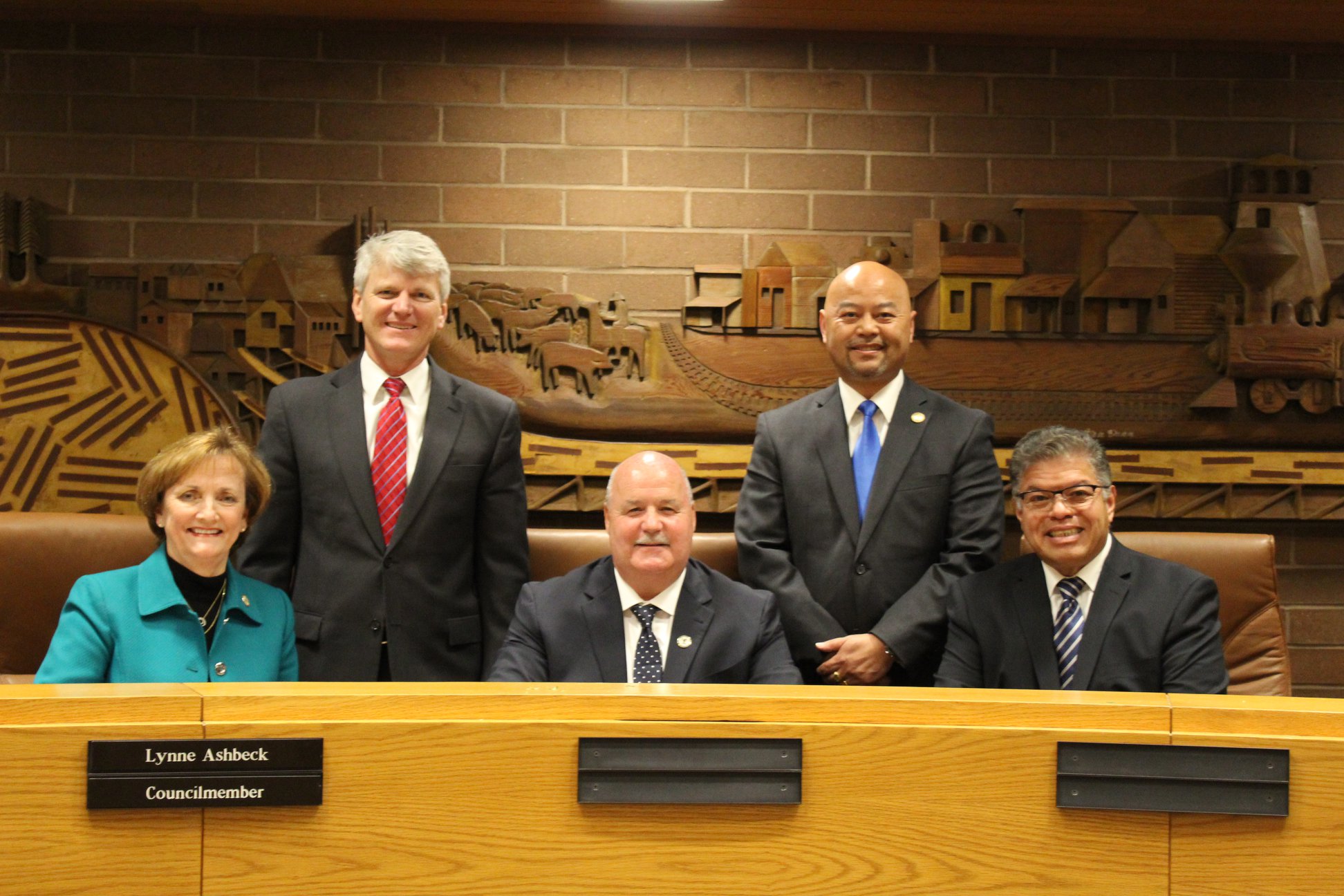 Councilmembers Bessinger, Flores and Whalen were re-elected during the city’s general municipal election on March 5, 2019. The three Councilmembers will serve for a term through November 2022.

The remainder of the Council consists of Councilmembers Lynne Ashbeck and Vong Mouanoutoua, whose terms expire in March 2021.

Councilmember Whalen was also recognized Monday night and thanked for serving as Mayor since 2017.

The 2019 Clovis Community Survey is on the way!

Buckle Up, Every Trip, Every time.