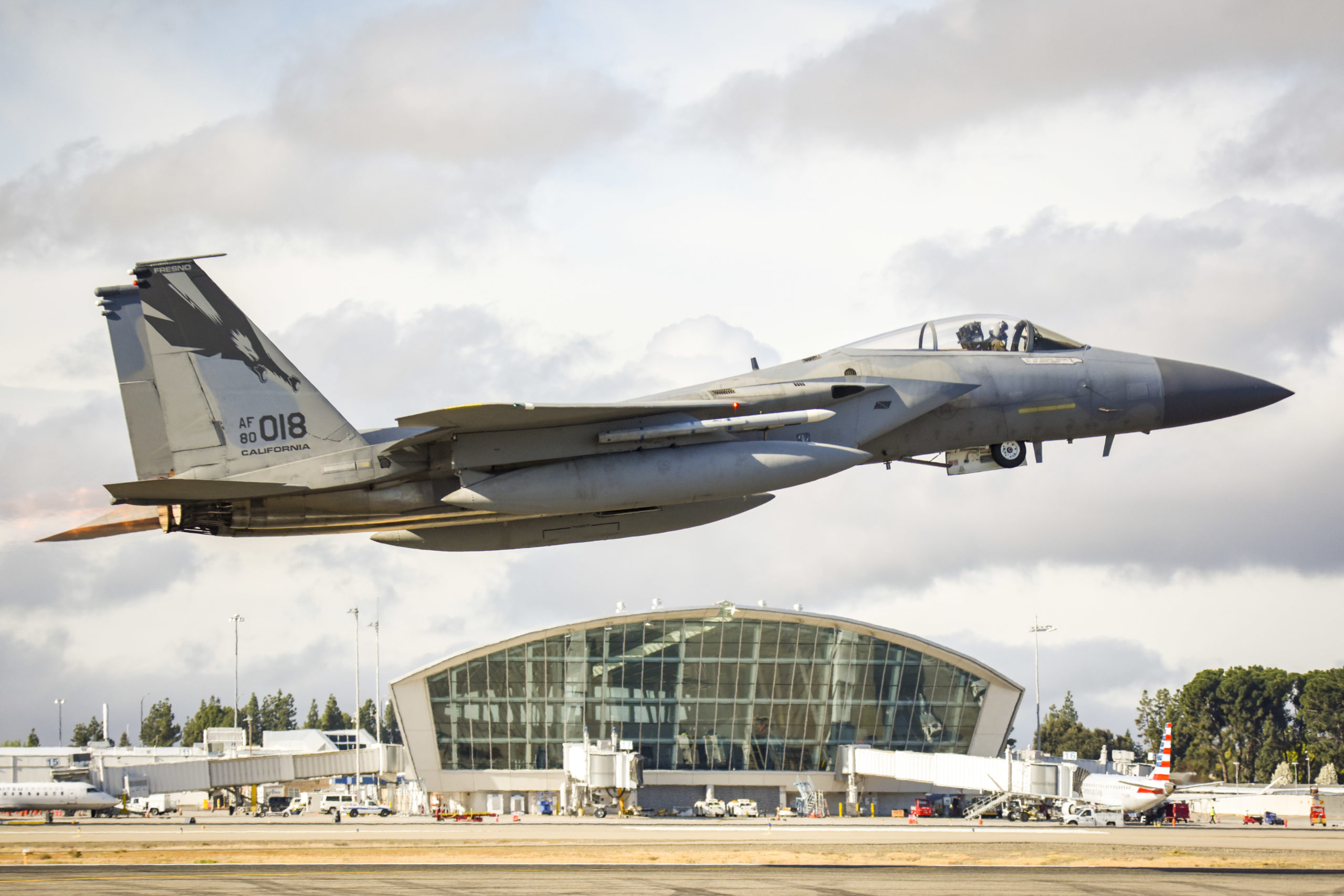 Four F-15C Eagle Tactical Fighter Jets, with the 144th Fighter Wing out of Fresno, will be performing a formation flyover throughout California, beginning at 10 a.m. on Wednesday, May 13, 2020.

The pilots will be flying in salute to health care workers, first responders, and everyone on the frontlines in the fight against COVID-19.

The flyover is scheduled to takeoff from California Air National Guard Base, Fresno, and pass over medical facilities in San Joaquin Valley, Sacramento Area, Bay Area, and Southern California, covering the towns of Reedley, Selma, Madera, Sacramento, Richmond/Oakland, San Jose, Monterey, Los Angeles, and Clovis before returning to base in Fresno.

According to a Cal Guard news release, the jets will take off at 10am from Fresno and head north toward Madera. They will return to the area at 12:21 as they pass over Clovis on the way back to the airport. The four jets are part of the nation-wide salute by the Air Force for health care workers and those on the front line. The pilots plan to do a low pass at several locations including the Capitol, California Office of Emergency services, and CHP and Cal Fire Headquarters locations.

Residents will be able to see the flyover from the safety of their homes and are encouraged to maintain all social distancing guidelines during
this event. They should also refrain from traveling to landmarks, hospitals, and gathering in large groups to view the flyover. They can also expect to hear jet noise as the
aircraft fly overhead.

Cal Guard is asking encourage viewers to tag them on social media in photos and videos of the formation
with the hashtags #144FW, #AmericaStrong, and #CaliforniaNationalGuard.

All times are subject to change based on weather and environmental considerations. 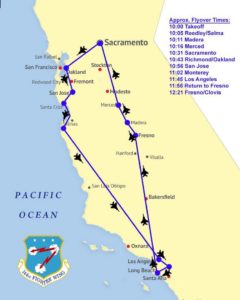